Enriqueta Felip’s Twitter campaign for the 2019 SEOM board elections 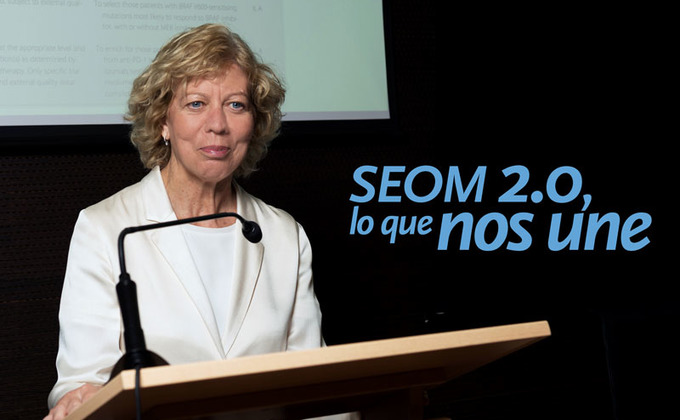 On 24 October 2019, Enriqueta Felip was elected vice president of SEOM – this was very exciting news for us here at Ubik!

Enriqueta Felip is a Principal Investigator at the Vall d’Hebron Institute of Oncology (VHIO) – a leading cancer research institute, and client of Ubik (we manage their Twitter account – @VHIO). In mid-2019, Enriqueta announced that she would be running for vice president of the Spanish Society of Medical Oncology (SEOM), a non-profit association made up of over 2,500 Spanish oncology professionals.

We collaborated with VHIO’s Director of Communications and Enriqueta herself to design a Twitter election campaign that stretched from July through to the final voting day on 23 October. After rebranding Enriqueta’s existing account with her special campaign handle @EFelipSEOM19, we got posting – each tweet including our official hashtag #SEOM2Punto0. In our series of tweets, we introduced Enriqueta and her team of five renowned Spanish oncologists, detailed their election promises, and encouraged the community to vote. It was an exciting challenge to maintain the richness of the campaign in 280-character-or-less tweets!

Needless to say, Enriqueta’s win on 24 October was a testament to her professionalism and outstanding scientific achievement, but we at Ubik are proud to have played a role in the strategic online communication of her election campaign!

Dissemination of results for the ESTEREO project