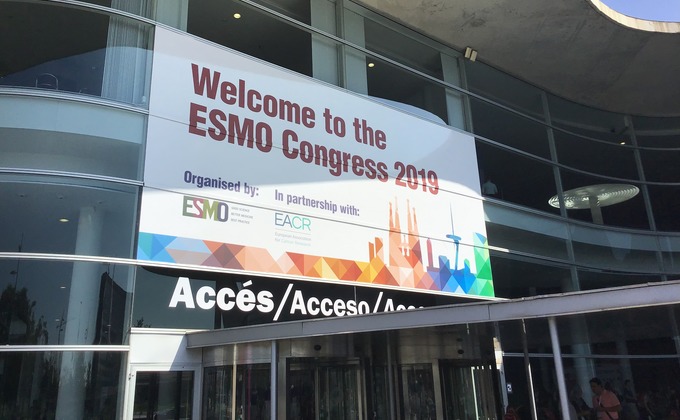 Posted at 18:13h in Digital Communication by Blanca

Since January 2019, we have been managing the Twitter account of the Vall d’Hebron Institute of Oncology (@VHIO) – a multidisciplinary translational cancer research centre located in Barcelona.

Part of our account activity involves covering scientific events that VHIO faculty take part in. One of the most important meetings in the field of oncology is the annual Congress of ESMO – the European Society of Medical Oncology. 2019’s meeting – a jam-packed five-day event attended by over 27,000, and discussing the most important scientific advances of the year – was held at Fira de Barcelona, a mammoth 240,000 sqm venue. And Ubik was on the ground to catch all the highlights to share with VHIO’s online audience via “live tweeting”, using the official event hashtag #ESMO19.

In the lead-up to the event, we collaborated with VHIO researchers to arrange a Twitter campaign promoting the many sessions that they would be leading. When the weekend of the Congress arrived, our Ubik representative was there capturing VHIO’s expert speakers in action. We caught up with many after their sessions to film exclusive “take-home message” videos to tweet for those who had missed them.

We received a great response for this event coverage, both from the client, and our Twitter community. It was exciting to be part of the communication of cutting-edge oncological research!