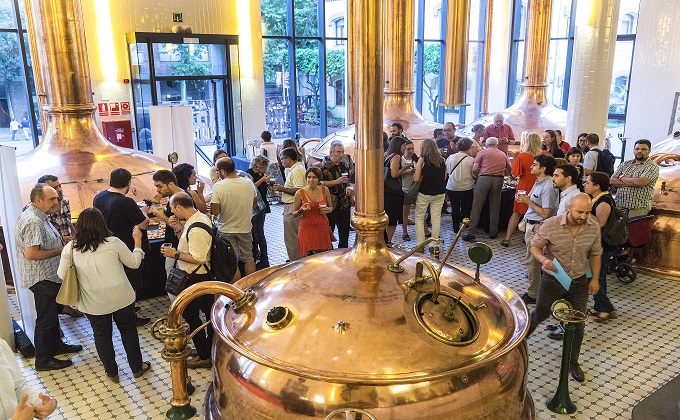 Posted at 11:47h in Entrepreneurship, Events, Training and Mentoring by 172c6499ee

There is nothing that we like more than celebrations and this year we were thrilled about the fifth anniversary of SpinUOC, an event we have conceptualized and designed since its first edition. As you know, SpinUOC is the annual event on innovation and entrepreneurship at the Universitat Oberta de Catalunya (UOC), which takes place every spring at the old Estrella Damm brewery.

The event was held on 15 June and featured eight innovative projects, whose promoters –Alumni, students and teachers– explained in a creative format in just over 5 minutes. After the presentations, SpinUOC counted on a networking space (the SpinMeetings) to hold short meetings with the project managers.

One of the novelties of this year was a photo contest on Twitter. Users who tweeted photos of the event with the hashtag #SpinUOC participated in a contest to win an ticket for 4 Years From Now (4YFN), the start-up event held at the Mobile World Congress.

Hosted again by Òscar Dalmau and with live music, this year’s SpinUOC was a success. You can watch a recap of the event through this link.

We want to congratulate SpinUOC for its five years, and we expect the event to keep growing in the future.

SpinUOC 2018: The stage where everything is possible
Print page
0 Likes