SpinUOC 2018: The stage where everything is possible

Home > Projects  > Entrepreneurship  > SpinUOC 2018: The stage where everything is possible 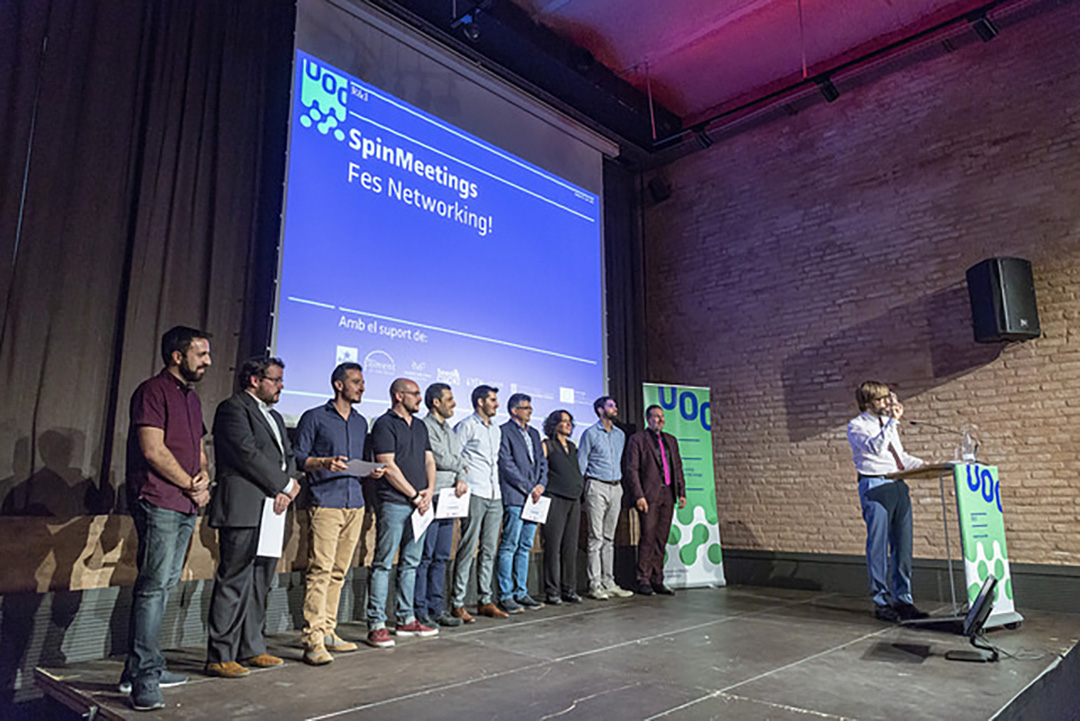 Last month held a special date for UbiK: 14 June was the day when SpinUOC the annual knowledge transfer and entrepreneurship conference at the Universitat Oberta de Catalunya (UOC) was held. And this year, the sixth edition of the event, managed to beat records both in terms of attendance and applications to take part.

As in previous years, and thanks to the trust placed in us by the UOC, the UbiK team was involved throughout the process of organising SpinUOC. As usual, the event involved eight members of the university, who were given just five minutes to present an entrepreneurial project with a high level of innovation to an audience of nearly 300 people.

At UbiK, we designed the event from start to finish. This year we set up the SpinUOC event with the logo, “The stage where everything is possible”. “Everything” including magic, which featured at the conference to the delight of the attendees. We invited the magician Joaquin Matas, who dazzled the audience with some tricks in which the classic card and coins tricks were replaced by tablets and phones. We also worked on the writing the script and took care of the music. As is tradition, Òscar Dalmau led the event for another year running, with his natural charm and know-how. The Leyla duo were also on hand this year to provide the entertainment for the evening, with their acoustic versions of pop and soul music, creating a very intimate and familiar atmosphere.

We were also involved in publicising the event. For example, we were involved in producing a promotional video, which offered a glimpse into the role played by magic in this years conference. In addition, we carried out specific actions for the media to create a real impact, at an event in which innovation, talent and effort go hand in hand.

But what we are most proud of is the support that, thanks to the UOC, UbiK was able to offer the eight entrepreneurs who took part in the evening. Our mission was to facilitate the difficult task of creating a pitch that was both effective and attractive. To do this, the eight participants received communication training during the months of April, May and June, learning how to speak in public, talk to investors and communicate key messages to the press.

We would like to offer our most sincere congratulations to the eight protagonists of this year’s event, who for us are the true winners of the day. We wish you all the very best and hope to see your projects grow and flourish. Because ideas as bright as yours make “everything is possible” seem more possible than ever.